Every company is pulled in opposite directions. On one hand, there’s often powerful organizational inertia. On the other hand, there’s the speed of the disruption economy. This is why big companies need intrapreneurs—people with an entrepreneur’s spirit who can drive innovation internally. 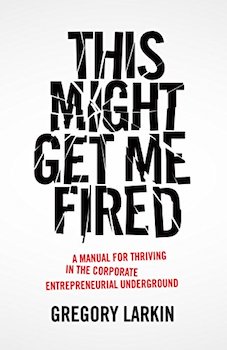 An effective, relevant intrapreneur moves quickly. In This Might Get You Fired, I make the case for an eight week sprint. If your product doesn’t launch after eight weeks, it’s not going to.

You’ve got to move fast, and you need to make every step count. The driving force? User validation.

An eight week intrapreneur launch is driven by a tight cycle of both user and stakeholder validation. What many corporate innovators miss is the connection between these different types of validation. The intrapreneur knows the two need to be accelerated in tandem.

In each sprint, there are two levels of tests: user tests and stakeholder tests. User tests are focused on putting your solution in the hands of the user and seeing if it is valuable to them. In a stakeholder test, a Godfather (a highly committed executive sponsor) will hear from other executives who control key assets to support the product.

When planning each phase, focus on what you want to build and test in the current two-week sprint. It is important not to overload a sprint and to only commit to as much as you can realistically achieve.

Set aside one day of each week to run user tests, then the final day of each sprint should be reserved for a retrospective, where the group gets together and openly discusses what they should start doing, continue doing, and stop doing.

In each sprint, you should plan to conduct at least ten user tests each week. In these tests, you will learn whether your core user can perform a sequence of tasks without any coaching. You will also try to understand whether your solution is valuable to them.

These user tests always fail until about week three or four. Don’t be discouraged.

“Usability tests” give you valuable qualitative feedback from ten users in each sprint, but for some products, that’s not enough. You may need to quantitatively determine if there is demand for your product.

You can learn this through a landing page test, where you run a social media ad and see how many people click on the ad and offer their email in order to receive a whitepaper or some other giveaway.

Another quantitative test is an A/B test. In an A/B test, you run usability tests with two product variants on a large sample of customers and compare which product is more intuitive.

The real key to a quick and successful launch is not just validation, but guerrilla validation. This step is essential for conveying a sense of urgency in the enterprise, and urgency is what will make your product stick.

An intrapreneur trying to solve an entrenched problem better than a large company’s existing solution will often be told, “I’ve been working in this business for twenty-five years.” As if tenure is an adequate substitute for empathy and understanding.

Too many intrapreneurs respond to this challenge by crafting their retort of why their insight into the customer is more accurate. They shouldn’t. It is an unwinnable argument and a dangerous trap. Guerrilla validation enables customers to speak for themselves.

Guerrilla validation, ultimately, is the process of taking a new product as far as you can as fast as possible. It steps beyond simple user testing and digs deeper. It requires a commitment to hunt for your target user wherever they may be and to try and see the world through their eyes.

It also means being comfortable with early and inevitable failure.

When it works, it illuminates a sharp contrast between bright possibility and suboptimal inertia. It holds the power structure of a huge company playbookable in a way that is otherwise not possible.

The real power of guerilla validation is its speed. When you’re releasing new products in a two-week cadence in a company that typically doesn’t move that fast, guerilla validation creates a sense of unstoppable inevitability about your product. Once your target market starts to respond, the difference between what your customers need and what your company provides falls into stark contrast.

In an eight-week release cycle, you can reasonably expect to achieve 90 percent user acceptance around week three or four. High velocity validation enables an intrapreneur to convey how quickly an outside team could come out of nowhere and start stealing customers.

Quick launches anchored by user validation hold the power structure of a huge company playbookable in a way that is otherwise not possible. It’s thrilling.

Just make sure to wear a helmet. 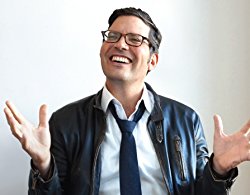 Gregory Larkin began his product-building life twelve years ago after nearly getting fired from an investment research start-up for predicting that the booming housing market would collapse. (He wasn’t, and it did). Since then, Greg has built more than thirty digital products, generating millions in revenue for companies like Google, PWC, Nestle, and Bloomberg, as well as start-ups. In 2015, Greg launched his own consultancy, Bowery315, as part of his mission to help more good products enter the world. He lives in Brooklyn with his wife and their two kids.